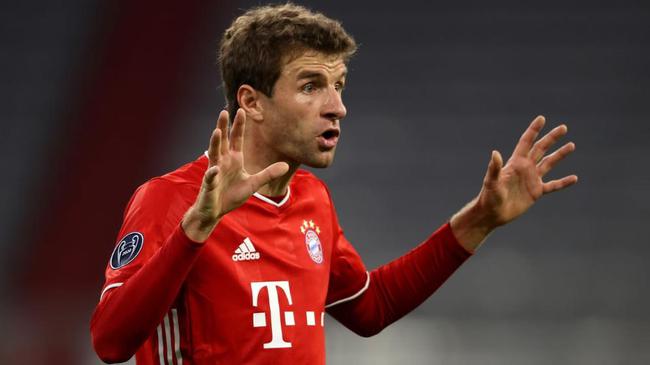 In the 21st minute of Bayern’s UEFA Champions League match against Atletico, Mueller received a somewhat controversial yellow card. At that time, he had already passed the ball and Atletico defender Trippier, who was about to grab the ball, came over and tried to intercept. After a slight contact, Trippier fell to the ground.

Referee Oliver initially let the game continue, but at this time Trippier still fell to the ground and complained loudly. Oliver suddenly interrupted the game and whistled a foul and showed Mueller a yellow card. Mueller didn't understand the penalty, and because the game was played empty, both reporters on site and the audience in front of the TV could hear Mueller's complaints.

Mueller said: "Are you kidding me? What's the situation? Hey, this can't be true! We are playing against Atletico Madrid, the biggest bully in European (world) football. Then I eat because of things like this Is it a yellow card?"